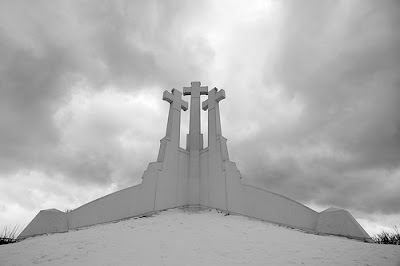 George Herbert was born April 3, 1593, in Wales. He was a scholar, an orator, a politician, and a priest in the Church of England, but it is for his poetry that he is remembered today. Influenced by John Donne, his poems use unusual shapes and unique comparisons to make their statements.

Having been tenant long to a rich Lord,
Not thriving, I resolved to be bold,
And make a suit unto him, to afford
A new small-rented lease, and cancel th’ old.

In heaven at his manor I him sought:
They told me there, that he was lately gone
About some land, which he had dearly bought
Long since on earth, to take possession.

I straight return’d, and knowing his great birth,
Sought him accordingly in great resorts;
In cities, theaters, gardens, parks, and courts:
At length I heard a ragged noise and mirth

Of thieves and murderers: there I him espied,
Who straight, Your suit is granted, said, and died. 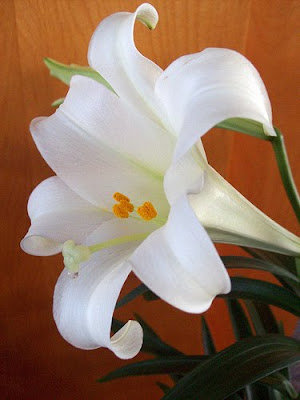 MADMAN. Only a penny, a penny,
Lilies brighter than any,
Lilies whiter than snow. [He feels that he is
alone.]
Beautiful lilies grow
Wherever the truth so sweet
Has trodden with bloody feet,
Has stood with a bloody brow.
Friend, it is over now,
The passion, the sweat, the pains,
Only the truth remains. [He lays lilies down.]
I cannot see what others see;
Wisdom alone is kind to me,
Wisdom that comes from Agony.
Wisdom that lives in the pure skies,
The untouched star, the spirit's eyes;
O Beauty, touch me, make me wise.
CURTAIN.

More Good Friday poems are found at As Iron Sharpens Iron. Do you know of others? If so, send them my way.