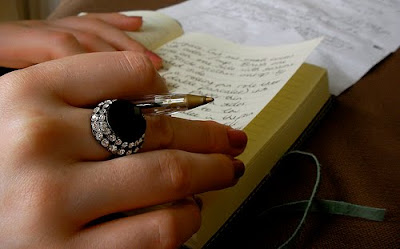 Many people think about writing down their childhood experiences for their children, but few do it. Even fewer are those who publish those experiences and successfully sell them regionally. Ruth Garn Werner is one of those few. I knew Ruth decades ago. She sang in the choir and was a member of the women's circle I joined. The circle was one that made crafts, and here I was with 10 thumbs. Ruth and the other women were patient, kind teachers who taught me a lot about sewing crafts and faith.

I knew from Ruth's accent that she was originally from Germany. Aside from that, Ruth seems like any other middle class woman in the northern plains. Since reading her book, My Journey, I know the rest of the story--and how extraordinary Ruth is. 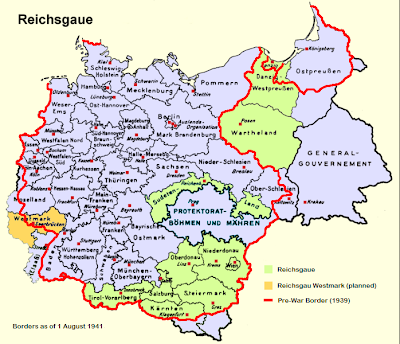 Ruth writes about her growing up in East Germany during WWII and into the post-war era there. Her father was drafted into the army and was never seen again. Her mother was left in charge of her elderly father, Ruth, Ruth's older brother and baby brother. With Russian tanks and cannons firing, they packed necessities into a wagon and began a trek across Germany. They joined others who were fleeing and faced famine and physical deprivation of all kinds. She had told our women's circle that she never wanted to eat brussel sprouts again, because they stole them and other vegetables out of farmers' fields at night to keep from starving. Their hearts were full of thanks for every bite & every shelter. 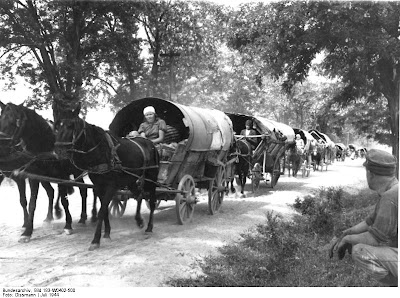 Ruth's family traveled for awhile in wagons like this. (Photo Bundesarchiv_Bild_183-W0402-500,_Flüchtlingstreck_in_Richtung_Deutschland.jpg)

Leaving their wagon, they continued on foot, in boxcars, and in army trucks. No one, much less a child, should see the horrors they saw. Ruth and her older brother were able to get papers to emigrate to Canada, and eventually to the U.S.

Through all this their family took care of each other, operating on love and faith. In spite of all those hardships, Ruth's personality remains kind and full of fun. She ends the book by thanking her "precious Mama," who got them all through it, and by advising her daughters "Bete und Arbeit [pray and work], and God will show you the way!"

This book is available at Zandbroz Variety in Sioux Falls. (Full disclosure: I purchased my autographed copy there.) 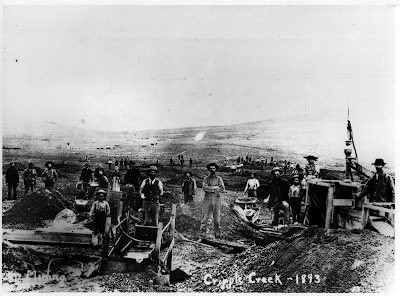 Another memoir, this one set in Colorado's mining towns at the turn of the nineteenth century, tells of the hardships for women in that place and time. Reading The Life of an Ordinary Woman by Anne Ellis will show you that her life was anything but ordinary. Always at the mercy of mineowners; weather; disease and injury, and the mineral veins themselves, Ellis and others like her had to think quickly and creatively to keep food on the table and shelter above their heads. Times were tough, but Ellis was tougher, had a great wit and sense of fun.

Reading either of these two books made me swear off complaining forever and helps me see how extraordinary even an ordinary life can be. What extraordinary women do you know? What's extraordinary about the person you see in the mirror? 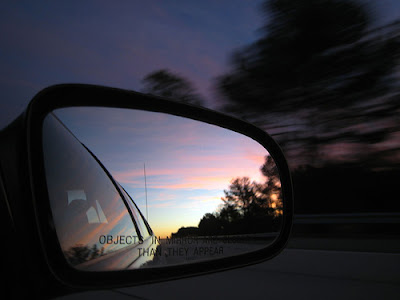 I never knew Fern Chamberlain, but her recent passing at age 99 put her in local headlines. From articles, I learned that Chamberlain worked tirelessly for the voiceless as a South Dakota pioneer in social work.

A local Jane Addams, Chamberlain was the first South Dakotan to earn the equivalent of today's master's of social work. She started what is now the Helpline and helped establish the city's Food Pantry. As Chief of Research and Statistics for the SD Department of Welfare from 1937 to 1966, she learned the state of the state's needy. She later advocated for them by scouring legislative bills and alerting others about potential ill consequences for the state's poor. 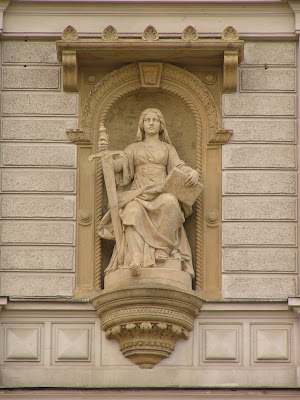 According to news stories, Chamberlain was discouraged because poverty continued. Others consider her a mentor and have picked up Fern's torch, keeping the fire burning against poverty and homelessness. Thanks for the spark, Fern.

Sister, can you spare a dime?

Posted by Jane Heitman Healy at 7:28 PM No comments: Who doesn't love to hear a good story? People of all ages enjoy read-alouds, though we most often think of children and children's books. Reading aloud to and with kids develops their reading skills and opens the door to learning about their worlds or enjoying the fun of fantasy, stimulating their imaginations.

LitWorld has declared March 9 as World Read-Aloud Day and has suggested activities you can participate in, including joining the event on Facebook. If nothing else, read aloud to someone at your own home or someone via phone, or read to a pet!

What are some good read-aloud books? Very often, they have refrains or rhymes that the audience can join in on. Sometimes they have characters that the reader can give funny voices. One of my favorite read-alouds is the now modern classic, Chicka Chicka Boom Boom by Bill Martin Jr. and John Archambault, illustrated by Lois Ehlert. It gives the audience a new way to see the alphabet and opportunity to call out the refrain with a loud "Boom BOOM!"

Jim Trelease is well known as an expert on read-alouds and the author of The Read Aloud Handbook, which has undergone six editions. His "Treasury of Read-alouds" offers great book suggestions and includes appropriate grade levels.

What would you miss if you couldn't read or write? Here are some people's answers:


What is your favorite read-aloud? I'll be listening for it on Wednesday!
Posted by Jane Heitman Healy at 2:59 PM 3 comments: