Write What You Know

S.T. Underdahl, author of young adult books, followed the maxim "Write what you know," and has two books published by Flux. 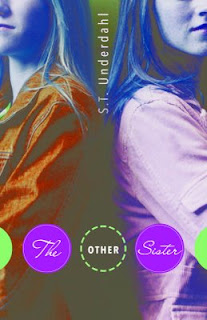 The Other Sister has a North Dakota connection, just as Underdahl does. Sixteen-year-old Josey learns that she has an older sister that her parents had put up for adoption years before they were married. Underdahl herself is an adoptee, so can accurately portray the upset family dynamics that accompany such a discovery. Josey, her brothers, and their parents are a caring family who communicate, unlike so many YA books where the parents are either absent or completely dysfunctional. Underdahl reveals Josey's feelings and maturation through Josey's thoughts, interactions with her school friends, talks with her mother, and finally, talks with her "other sister." An interesting, realistic novel, the ending holds a surprise for readers. 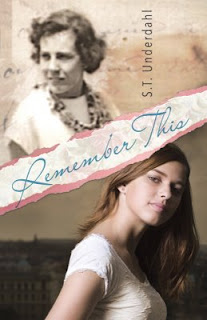 Remember This springs from Underdahl's experience as a clinical neuropsychologist who works with dementia patients. In this novel, Lucy learns about the joys and burdens of friendship and family. Lucy and her best friend have a falling out. Then something even worse happens. Lucy's grandmother, for whom she is named, is diagnosed with Alzheimer's disease. Lucy's family brings Nana Lucy to live with them, but as Nana Lucy becomes less lucid, they grapple with possible solutions. Lucy grows from a child into a young adult during the course of the novel, while Nana moves in the opposite direction. Underdahl includes a couple pages of facts about Alzheimer's at the end of the book.

Underdahl continues her neuropsychology practice and her writing. I am eager to see what else she knows from her own life to create compelling fiction for her readers.

S.T. Underdahl will be a featured speaker at the SCBWI-Dakotas Conference in Sioux Falls, SD, April 4. Come and hear her talk about her creative process and how she intertwines her real life into her fiction.
Posted by Jane Heitman Healy at 5:17 PM 3 comments:

I grew up 30 miles from Laura Ingalls Wilder's Little Town on the Prairie and could take you to The Shores of Silver Lake. As I got older, I was steeped in prairie pioneer fiction, from Giants in the Earth to My Antonia to Free Land.

So I wonder how I missed this gem of a story, The Jumping-Off Place.

A novel for young people by Marian Hurd McNeely, it won the Newbery Honor Medal in 1930, and was published before Laura Ingalls Wilder began writing her famous series. Set in the early 1900's in Tripp County, South Dakota, the book tells how four siblings head west to prove up their uncle's claim. This land was some of the last opened for homesteading. The heat and drought in summer, the cold and blizzards in winter, plowing the virgin prairie, and dealing with contested claims made this a harsh environment for pioneers. The children succeed by following their late uncle's instructions, working hard, and receiving help from neighbors.

The reprinting of the book by the South Dakota Historical Society features an afterword by South Dakota author Jean Patrick. Patrick gives us historical context and biographical information about the author, who lived in Tripp County for several years before returning east to Iowa.

Jean Patrick will be one of the speakers at the Society of Children's Book Writers and Illustrators (SCBWI) Dakotas Spring Conference in Sioux Falls on April 4. (See previous post for details.) She will inspire and guide others interested in writing for children.

What books about your surroundings are special to you?
Posted by Jane Heitman Healy at 9:32 PM No comments: