Once Upon a Time: National Tell a Fairy Tale Day!

February 26 is National Tell a Fairy Tale Day! So many great tales; which ones will you tell? Traditional, adaptations, fractured fairy tales, and mashups make the fairy tale repertoire rich with choices. 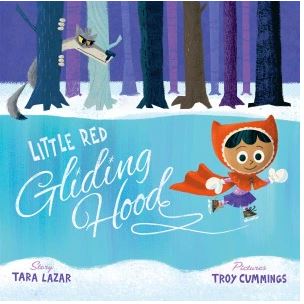 A mashup picture book out last year has given me a new favorite saying for this season--"Oh, slippery slush!" Tara Lazar's Little Red Gliding Hood puts Little Red on skates to take on the wolf. The humorous text and clever illustrations (see title link for sample pages) by Troy Cummings  make this a book you want to read again and again. See how many other fairy tales are alluded to, mentioned, or pictured in this book. 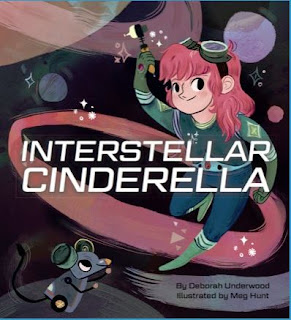 Another fairy tale favorite with a new twist is Interstellar Cinderella by Deborah Underwood, illustrated by Meg Hunt. Imagine Cinderella as a mechanic in space. Her interaction with the prince is anything but traditional!


As you know, many fairy tales began orally and then were written down by the likes of the Grimm Brothers. When I was researching for my book Once Upon a Time: Fairy Tales in the Library and Language Arts Classroom, 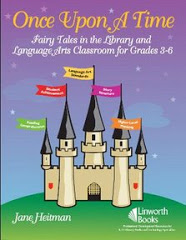 I learned that some tales were specific to certain geographical places, and all adaptations of that tale could be traced to that place. Other tales were more universal, with similar stories springing up across the globe. Cinderella is a universal tale, as she appears in some form in many cultures.

One of the best sites I've found for fairy tales, their history, and their adaptations is SurLaLune.

Now that I've given you some resources, which fairy tale will you tell on National Tell a Fairy Tale Day? What is your favorite fairy tale?
Posted by Jane Heitman Healy at 9:38 PM 4 comments: