On the Wilder Side 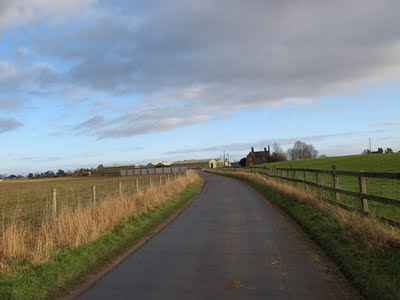 Sometimes it pays to get off the interstate and take what William Leat-Heat Moon calls "blue highways." We did just that recently, which took us into Spring Valley in southeastern Minnesota.

Driving through town, I saw a sign that said, "Wilder Museum." If you know me or follow this blog, you know that I'm a Laura Ingalls Wilder fan, and my antennae went up. "Wilder Museum? WILDER MUSEUM?" I said as I passed the sign. Luckily, there was another sign. This time, the vehicle turned right, and took us to the Wilder Museum, housed in the old Methodist Church. A sign in front of the church let us know that, yes, it was THAT Wilder. 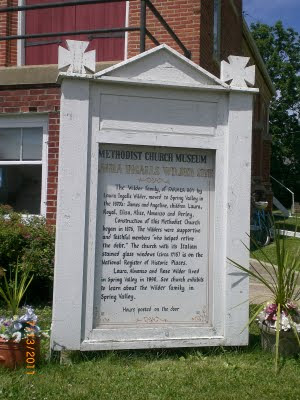 Almanzo's parents, brothers, and sisters, and Almanzo himself helped build and attended that church. Almanzo and Laura attended this church from 1890-1891. Almanzo's sisters, Eliza Jane and Laura, were both married here. (You may remember Eliza Jane from Laura Ingall's books. Laura did not include Almanzo's sister Laura in the Little House books, as Laura Ingalls thought it would confuse readers to have two Lauras.) 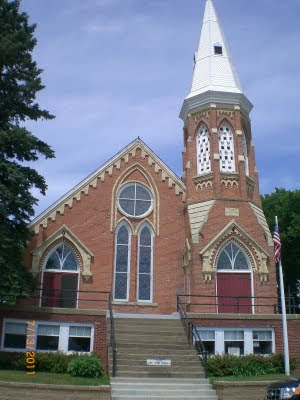 Almanzo's brother, Royal, had several businesses on Main Street, but he was not the only well-known merchant in Spring Valley.

The museum holds items from another famous citizen, Richard Sears, founder of Sears Watch Company. When Alvah Roebuck joined the business, it became Sears & Roebuck. Almanzo and Richard Sears were friends back in those days.

This site is on the National Register of Historic Places, along with other Ingalls & Wilder sites.

How did I not know this? What a delightful stop! Though we didn't have time for the entire tour, a young lady showed us Wilder family photos in the first room and told us a few stories about their lives in Spring Valley. As a stroke of coincidence would have it, the young lady was born in the town where we live. We left feeling richer for having driven off the beaten path and making these discoveries.

What discoveries have you made lately? What delights have you found off the beaten path?
Posted by Jane Heitman Healy at 7:59 AM 5 comments:

The Declaration of Independence

Happy Independence Day! Thanks to all those who work to keep us free.