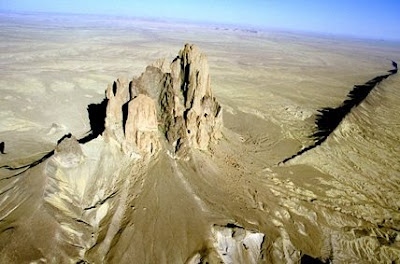 I can't remember when I read my first Tony Hillerman novel, but I was hooked and read every one as soon as it came out. I'm proud to say that I even have two autographed books of his. Thanks to him, I know so much more about the Southwest and its cultures than I would have merely driving through. He wrote good stories with characters I care about and taught me about my neighbors' ways. 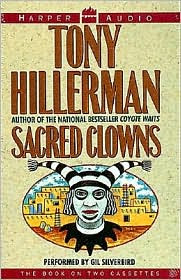 In spite of all his acclaim
and failing health in later years, he continued to help new writers and was always a gentleman.

My former workplace, an academic library, celebrated his 80th birthday with a special display in the foyer. We had a card at the check-out desk for people to sign. One student wrote that Hillerman had saved his grandfather's life back in WWII. We sent the card to Hillerman's publisher and soon after received a reply. Hillerman remembered the incident differently. In his typical, humble way, he refused hero status and thought maybe it was the student's grandfather who had saved Hillerman.

Though the world will miss Tony Hillerman's physical presence, I'm thankful that his view of life and love of the Southwest will live on in his books. 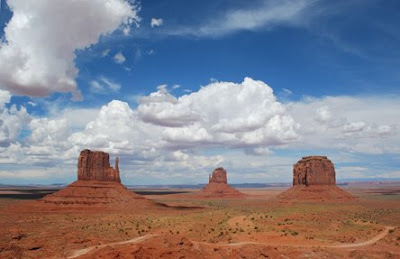 Posted by Jane Heitman Healy at 2:57 PM No comments:

The Transformative Power of Reading

Luis Soriano, a teacher from La Gloria, Columbia, packs his two burros with books to lend to villagers in the area. His "biblioburros" are much awaited and open doors to both the outside world and the world within. He has witnessed the "transformative power of reading" as a teacher and as a lender of books. Paul Coehlo's books are the most popular, but people read a vast array of fiction, non-fiction, and poetry. He started the project himself. It has grown into a 4,800 volume collection thanks to donors. He has suffered physical injury and threats. Yet he continues because he knows that books and reading change people's lives. Read the New York Times story about Soriano here. 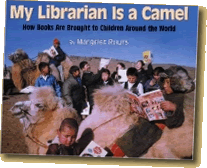 His story reminds me of author Margriet Ruurs' award-winning book for children, My Librarian is a Camel. Its text and photos show the unusual ways children receive books around the world. It also shows children's eagerness to read. See more about the book here.

We take for granted our ability to read and our access to print and online materials. Give thanks for the ways reading enriches our lives!
Posted by Jane Heitman Healy at 6:59 PM 2 comments: 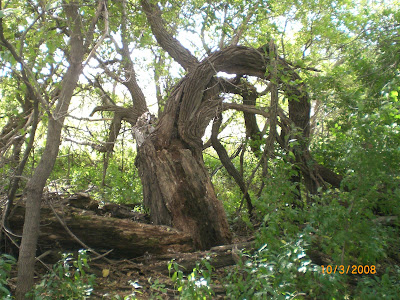 Trees grow and endure under all kinds of conditions. Sometimes harsh conditions or difficulties cause trees to take more interesting shapes than their unstressed counterparts. The same can be true for people. Unlike trees, we have a choice in the way we respond to troubles. Living through difficulties can make us stronger, more compassionate, and more human. Choosing bitterness and vengeance does not enrich us.

I call this photo, taken at nearby Beaver Creek Nature Area, "Bending Over Backwards." What titles would you give it?
Posted by Jane Heitman Healy at 11:32 AM 3 comments: