To E-Read, or Not To E-Read 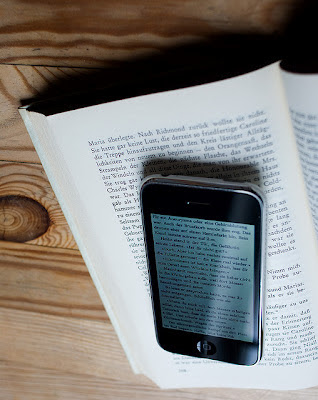 Is that the question? I am one of those people who likes books. Having favorite books around me is like being surrounded by friends. However, books do not equal reading. Like many of you, I read all the time--newspapers in print and online, magazines in print and online, and books, until recently, in print only. 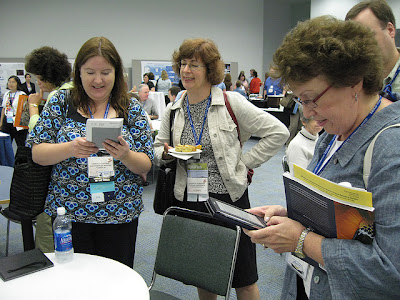 Friends and coworkers got e-readers as gifts. I did not covet them but saw them as convenient gizmos. Besides, the array of choices is overwhelming, and as soon as you buy one, a newer, better model is released. How can you keep up?

This is the 21st Century, though, and we are well into it. Recently, I ran into a great deal and took the e-reader plunge. My local library offers downloadable books, so I'm off and reading. What I discovered is that author, blogger, librarian, and Cengage executive Stephen Abram is right. I credit him with coining the phrase "format agnostic," meaning that the format in which we read doesn't matter, as long as we can read. He was writing about this at least as far back as 2004.

With my first ebook, the story captured me, and I was as hooked in that format as I would have been in traditional print. When I finished that book, I looked online for reviews to see if other readers had similar reactions to the book. I learned then about an advantage to ereading that I hadn't considered--no back jacket flap to give away key plot points! Several reviewers had been disappointed because their print covers gave away too much in advance.

I see the main advantage of an ereader as its ability to hold many books, making it a good choice for travel, as opposed to lugging several print volumes. On the down side, print books never need to be recharged or turned off during flight take off and landing.

How about you? Are you reading print and e? Are you format agnostic, enjoying a good story however it appears? 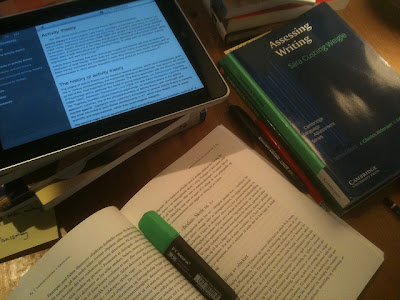