Christmas Stories for a Cause 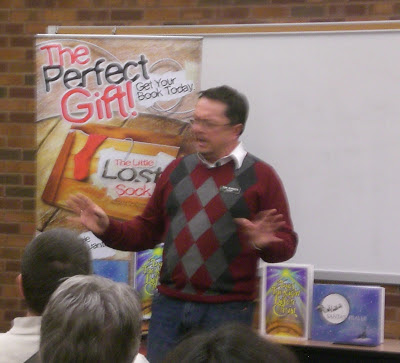 Tom Roberts was far from home one Christmas season, stranded by a snowstorm. Howling winds and snow closed the roads, so he sat in his car in a truck stop parking lot and waited.

He had just finished giving an acting workshop, and the familiar words from "A Visit from St. Nicholas" by Clement Moore ran through his mind. He took out paper and pen and set to work writing his own Christmas story, 'Twas the Night before Christ.

That story poem became the first of Tom's three Christmas picture books. The year after 'Twas the Night before Christ, Tom released Santa's Prayer, a response to people who had commented on his first book.

The next year, The Little Lost Sock was published. This book was inspired by lost and found boxes in the churches and schools where Tom and his wife, Tammy, gave programs. The lost sock served as metaphor for the children whose cause Tom and Tammy have taken up, Children's Home Society of South Dakota.

Tom's books were published because of his family's desire to do a mission project. He and Tammy mentioned his poem 'Twas the Night before Christ in conversation over coffee at church, and the project was born. A professional printer, an illustrator with graphic design experience, and others donated time, talent, and funds to publish the book. Proceeds would benefit Children's Home Society, an organization where Tom had played Santa Claus and desired to help the children--and others like them--who had sat in his lap.

The other two books followed the same pattern, brought into being by generous donors.

Tammy is an integral part of the book-making team, acting as Tom's editor and advisor, as well as overseeing the many aspects of production. They travel and give presentations together, giving their audiences a Christmas gift of story and song, and making their books available for sale to help the Children's Home kids. 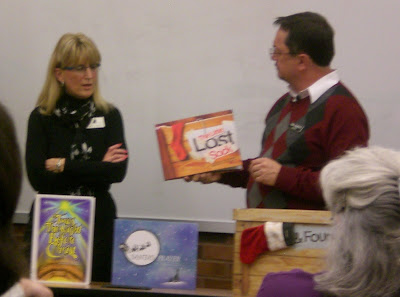 What began as a poem penned in a snowstorm has become a blizzard of blessings all around! 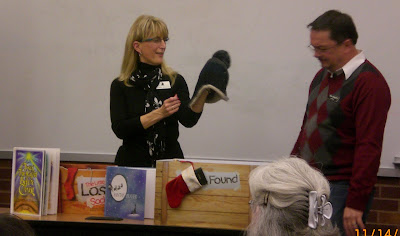 Posted by Jane Heitman Healy at 7:59 AM