No Name-Calling, No Bullying

Freak! Fatso! Shrimp! Blockhead! or worse--much, much worse. "Sticks and stones may break our bones," but words can hurt a loooong time, whether delivered in person or electronically.

We are toward the end of No Name-Calling Week, an organized effort to educate about bullying and eradicate it.

My recent research about bullies revealed that bullies can be just about anybody. They come from all walks of life, social strata, and popularity levels. The one thing bullies have in common is that they themselves were bullied.

In the non-fiction book Letters to a Bullied Girl, two sisters started a letter-writing project to help a girl in a neighboring town who was bullied. Among the letters were several by adults who admitted bullying others when they were younger and who apologized for it now that they understood the hurt they'd caused.

The ugly cycle will continue unless we work together to stop it. The U.S. Department of Education is one sponsor in such an effort, launching the new website BullyingInfo.org. See what one official says about it here.

Many people and institutions ignore bullying or fail to take it seriously (it's part of growing up, they didn't mean any harm, etc.), but the news this past year has shown dire effects for not taking action. All it takes to stop bullying is for one person to stand up.

Author, speaker, and educator Barbara Coloroso recounts the story--told to her by an adult--who was called a racial slur by his elementary school teacher and kicked and called names by his peers. One boy, whose name the victim remembers all these years later, stood up to the others, took the victim aside, and played with him, stopping the abuse. Click Coloroso's name for helpful handouts adapted from the work of Dan Olweus, bullying prevention expert whose program has been adopted by many schools.

According to Olweus and Coloroso,the four most power antidotes to bullying are
1) having a strong sense of self,
2) being a friend,
3) having at least one good friend
4) being part of a group. 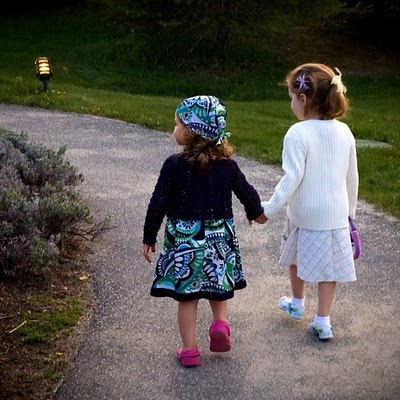 How will you and I shed a little light?
Posted by Jane Heitman Healy at 4:30 AM 6 comments:

By the Shores of Silver Lake in Winter

I had occasion this week to stay in DeSmet, SD--Laura Ingalls' Wilder's "Little Town on the Prairie." The motel is where Dean Butler, who played Almanzo in the Little House TV series, stays when he's in town. (Check out Butler's blog here.) It is also very near Silver Lake, now a slough, that Laura used in the title of the fifth of her Little House series. (Imagine dried cattails and tall grass poking through ice & snow in the video above. And wind--lots more wind. I did not stop to take my own photo because of the snow and wind.)

This book introduced me to the Little House series, as my third grade teacher read it aloud to us in school. I still remember passages about sliding on the ice, as we had an ice patch in front of our two-room schoolhouse that we liked to slide on, too. Laura describes it this way:

When the sun shone, no matter how cold it was, Laura had to go out. When Ma would let them go, she and Carrie, well wrapped up in coats and hoods, with shoes and mittens and mufflers on, went sliding on Silver Lake. Holding hands, they ran a little way and then slid on the dark, smooth ice. First on one foot, then on the other, with little runs between slides, they went back and forth, breathless and warm and laughing.

Those were glorious days when they were out in the glitter of the sharp cold. Then it was good to come into the warm, close house, and good to eat supper, and through the evening of music and singing and dancing, Laura was the merriest of all.

The book tells the story of building the railroad and beginning the town of DeSmet. It was also the beginning of Laura's adolescence, as she is thirteen in this book and starting to see things from a more adult viewpoint, taking on more responsibilities. 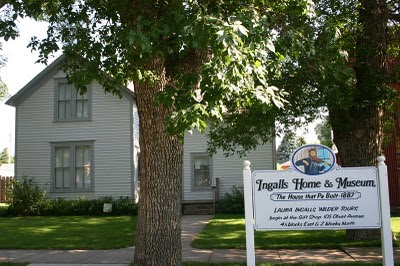 By the Shores of Silver Lake won Laura Ingalls Wilder a Newbery Honor Book Award in 1940. Many of the things Laura writes about in this book have become tourist destinations in DeSmet.

While I disagree with Laura about the excitement of being out in the cold, I admire her spirit. What do I like about winter? Staying inside, reading, writing, hot chocolate, the fireplace. What about you?
Posted by Jane Heitman Healy at 3:26 PM 2 comments: